We discover the past looking to the future 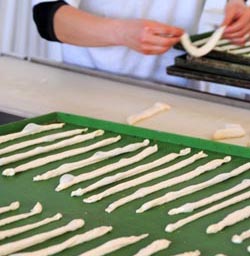 The 3C s.r.l. was founded in 2008 by the union of several entrepreneurs who operated already for decades in the field of food distribution although in different sectors.

The initial intent was to introduce, promote and distribute agro-food and wine products from Monferrato and Langhe areas, which are traditionally recognized as one of the most important of the Italian enogastronomic reality.
The territory, in fact, offers a deeply rooted culinary tradition, a rich variety of fine raw materials such as truffles and mushrooms, a wide and varied cheese production that includes Castelmagno, Bra, Toma of Roccaverano, just to name a few and a choice of high quality noble wines such as Barolo, Barbaresco, Moscato, Barbera. 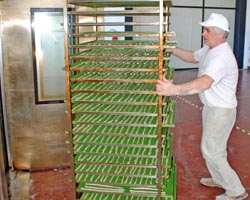 Later, in 2010, the discovery of an ancient recipe led the company to a radical evolution, transforming its nature from commercial to artisan, with the aim to produce directly those baked products that have long been traced.

So the Alimentari 3C is developed in the Asti province as we know it today, with the aim of rediscovering old recipes, handed down from father to son, and create its products as it once did using the highest quality ingredients and absolutely natural.